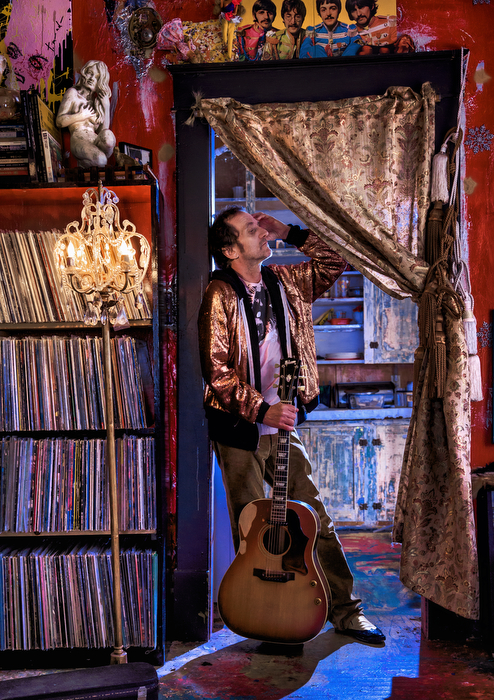 Iggy Pop told him to be good. The Smashing Pumpkins loved him and claimed to have found his band, the pop-glam-trash Chainsaw Kittens, in a hole, perhaps a reference to their native Oklahoma. Like that of his neighbor and friend, Wayne Coyne, Tyson Meade’s life is the stuff of legends.

Scratching and clawing their way, the Chainsaw Kittens did some damage. They toured with Jane’s Addiction. The Flaming Lips covered one of their songs. Spin Magazine called them “the Smiths meet the New York Dolls meet the Devil.” The New Yorker called them “the best rock band you’ve never heard of.” Butch Vig and John Agnello produced their albums. Spike Jonze and Phil Harder directed videos.

Then he was gone, vanished into the same Woodie Guthrie dust from which he had come. To Shanghai, where Meade found himself before a class of Chinese adolescents in a boarding school. One student, a violin prodigy named Haffijy, wanted to know if the whispers about a rock’n’roll past were true. Keeping dark is hateful. Meade says, “I played Haffijy some of my songs from my music days and he quickly wrote parts for them. Not only did he write parts, he played with such love and honesty that I was touched immeasurably. Birds chirped in some sort of Far East Disney way.” A lost muse was found. An artist reborn.

Meade scratched and clawed his way back out into the light. The glam heart stayed true, the pop instinct intact, but the sound was morphed, ch-ch-changed, new. Synths and Haffijy’s Shanghai strings transformed three-minute songs into pocket Eno symphonies. Cut up lyrics shattered stanzas into shimmering glassy bits, given breath and life by Meade’s speedway Oklahoma vision and 3 octave voice.

Keeping dark is hateful, so Jimmy Chamberlin of the Smashing Pumpkins adds drums. Derek Brown of the Flaming Lips keyboards. Trent Bell of the Chainsaw Kittens mixes some tracks. Nicole Fiorentino (The Cold and Lovely/Smashing Pumpkins/Veruca Salt) , Kerry Brown (Smashing Pumplkins / Courtney Love producer), Guy Erez (Alan Parson’s Project), Kevin Dibbold, Jesse Tabish and Jonathan Mooney from Other Lives collaborate on the LP. And then don’t forget the kids! Kids from various locales in the USA play strings and piano and whatever else needs to be played. 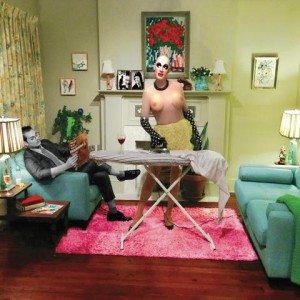 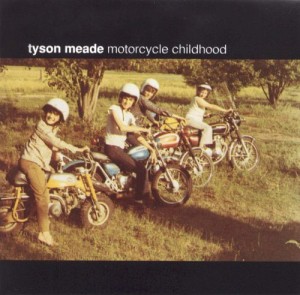