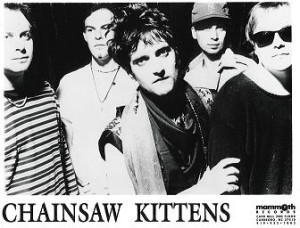 Often referred to as “The best-kept secret in rock music” or “Arguably the best American band who you aren’t listening to,” Chainsaw Kittens predated and outlasted the other 1990s alternative rock acts with its own marvelous, energetic blend of glam-damaged energy, theatrical extremity, and punk rock basics. Fronted by Tyson Meade, former lead singer of Defenestration, the Oklahoma-based group came together in early 1989, shortly thereafter signing to the Mammoth label (eventually Lionsgate). Initially partnering on guitar with Mark Metzger, but working thereafter with band stalwart Trent Bell, Meade and company released a debut, Violent Religion, to critical acclaim.

That freshman effort led to Billy Corgan suggesting to Butch Vig that he produce Kittens’ sophomore release, 1992’s Flipped Out in Singapore, which helped to heighten the group’s profile and fan base. After a few line-up changes, a follow-up EP in 1993, Angel on the Range, introduced what would finally be a stable rhythm section for the band, bassist Matt Johnson and drummer Eric Harmon. Mammoth’s tie-up with Atlantic gave a boost to what should have been the band’s breakthrough, 1994’s John Agnello produced, Pop Heiress. The hoped-for smash didn’t materialize, but music critics and fans alike continued to purrrrr and fawn over the group as they kept on, issuing a self-titled album (also known as Oklahoma Speedway) in 1996 on Scratchie. The Kittens then took an extensive break while its members pursued other musical and personal work before returning in 2000 on Four Alarm with The All-American. The band reunited in 2008 to ignite the first annual Norman Music Festival, a festival that now thrives. 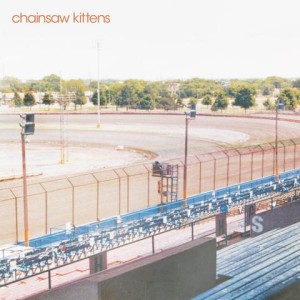 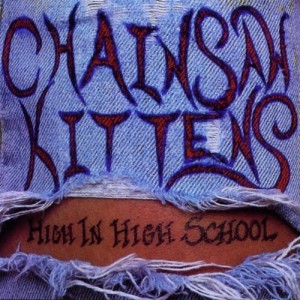 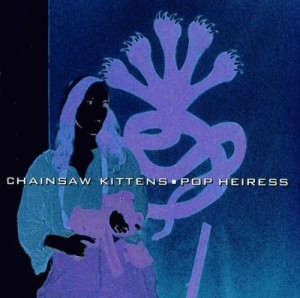 Flipped Out in Singapore